Everyone knew it was coming – even the board and top executives of California High-Speed Rail Authority.

At the Authority’s January 16, 2018 board meeting, board members received a “Central Valley Cost Update” presentation. The news was – as usual – bad.

The Madera to Fresno first construction segment is now $1.2 billion higher than the original estimate. And the Fresno to Kern County second and third construction segments are now $700 million higher than the original estimate. While the source of the additional costs has not been explicitly laid out, it is suspected to be due to delays. The longer a project runs the more money has to be spent on matters like construction vehicles, temporary fencing, hoarders, worker facilities, and other equipment that is typical for construction projects like this. Some observers hope that these additional costs don’t lead to the workers having to rush to complete the job in as little time as possible. Rushing on construction sites can lead to workers suffering serious injuries. Fortunately, construction accident law firms can help should a situation like this arise. However, if a professional construction company who are knowledgable on the dangers of these sites and how to stay safe is employed to do this job, it’s unlikely accidents will occur. Construction companies like Rickabaugh Construction ensure that the work is not rushed and done professionally and makes sure safety is a top priority. This can mean from the planning of the eventual construction to the equipment/products that are used, like a backer rod or joint sealants. The safety and security of everything need to be at the forefront of everyone’s minds. 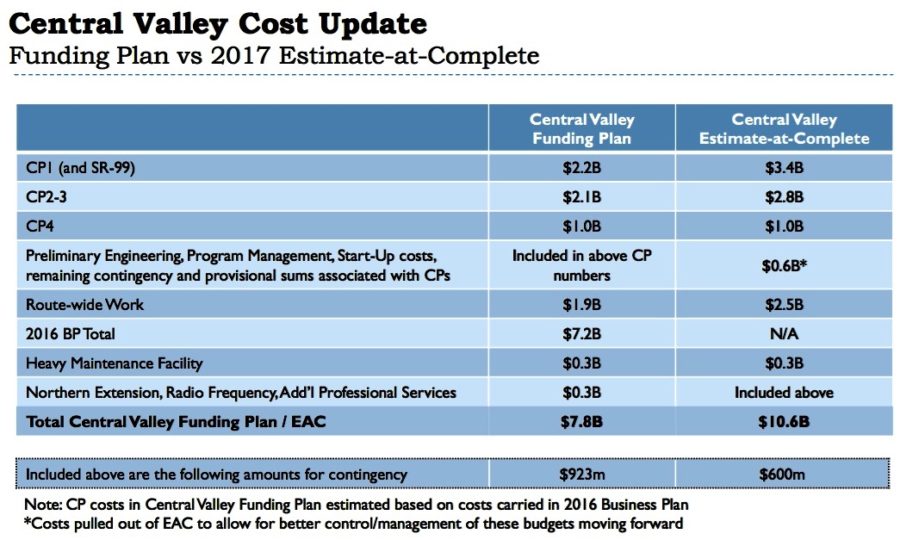 Construction Package 1 (with Highway 99 improvements) is now estimated to cost $3.4 billion. Few people remember the public relations bonanza for the California High-Speed Rail Authority in June 2013, when the Authority board awarded that package at the low, low bid of $985 million. (Approved change orders for that contract as of November 30, 2017 have already increased the project cost by $355.6 million.) 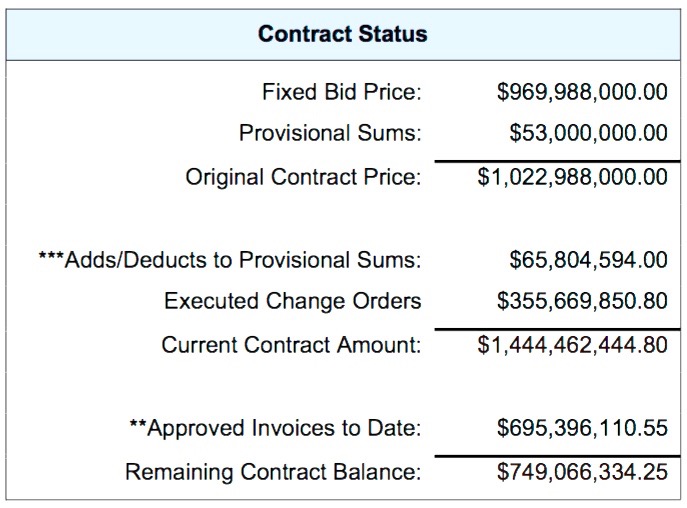 The total estimated cost of the Initial Construction Segment (Madera to Shafter) is now $10.6 billion. And this is the cheap, easy part of the route: flat farmland.

Few people remember that in November 2008 voters approved Proposition 1A and authorized the state to borrow $9.95 billion to get the project underway. Some of that money was spent in other parts of the state on planning and “connectivity projects” such as train cars for the Bay Area Rapid Transit (BART) district.

In the meantime, Governor Jerry Brown and the governing majority in the California state legislature continue to support the project. Repeated efforts by Assemblyman Jim Patterson to initiate audits of the California High-Speed Rail Authority have failed to pass the Joint Legislative Audit Committee. Lobbyists for big corporations and labor unions boost the project, in defiance of reality.

Meanwhile, Citizens for California High-Speed Rail Accountability (CCHSRA) continues to pursue its lawsuit contending that the Authority has failed to comply with Proposition 1A. But as construction creeps forward through prime farmland and quiet agricultural communities (yes, land is already being torn up), cost overruns – or a fiscally responsible new Governor – may stop the project before the courts do.

Is High-Speed Rail Dying? This Could Be a Crucial Year for the Troubled Project – Fresno Bee – January 18, 2018