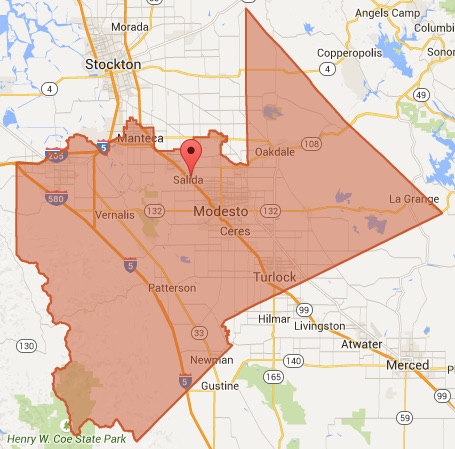 You may thank Congressman Denham via email by going to this website:

Be especially sure to contact Congressman Denham if you live in his district. See the district map.

“This amendment will finally hold California High-Speed Rail accountable for its finances,” said Rep. Denham. “The project is several decades behind schedule, nearly $70 billion over budget, and will not meet the speeds, travel times, or ridership levels promised to voters. No longer will they be able to accept a hamburger today for payment on Tuesday.”

Specifically, the amendment prohibits any appropriated federal funds from being used for high-speed rail in the state of California or for administering a grant agreement that includes a “tapered” match (described below).

When the Federal Railroad Administration initially awarded the Authority with nearly $3 billion in federal grant dollars under the federal stimulus package, it entered into a standard grant agreement with the Authority requiring a dollar-for-dollar match. This agreement stipulated that for every federal tax dollar spent, the Authority must spend a dollar from a non-federal source. California never came up with the money and subsequently missed payment deadline after payment deadline.

In order to avoid violating the Federal Deficiency Act, the Federal Railroad Administration quietly amended its grant agreement in December 2012 to allow for a tapered match – allowing federal dollars to be spent in advance of any matching dollars – despite having no assurances from the California High-Speed Rail Authority that the matching dollars would ever exist. The FRA’s Inspector General has subsequently criticized FRA for jeopardizing federal taxpayer dollars with this scheme. This amendment guarantees that the FRA must enter into an agreement that requires the Authority to match, dollar-for-dollar, federal tax dollars in current fiscal years.